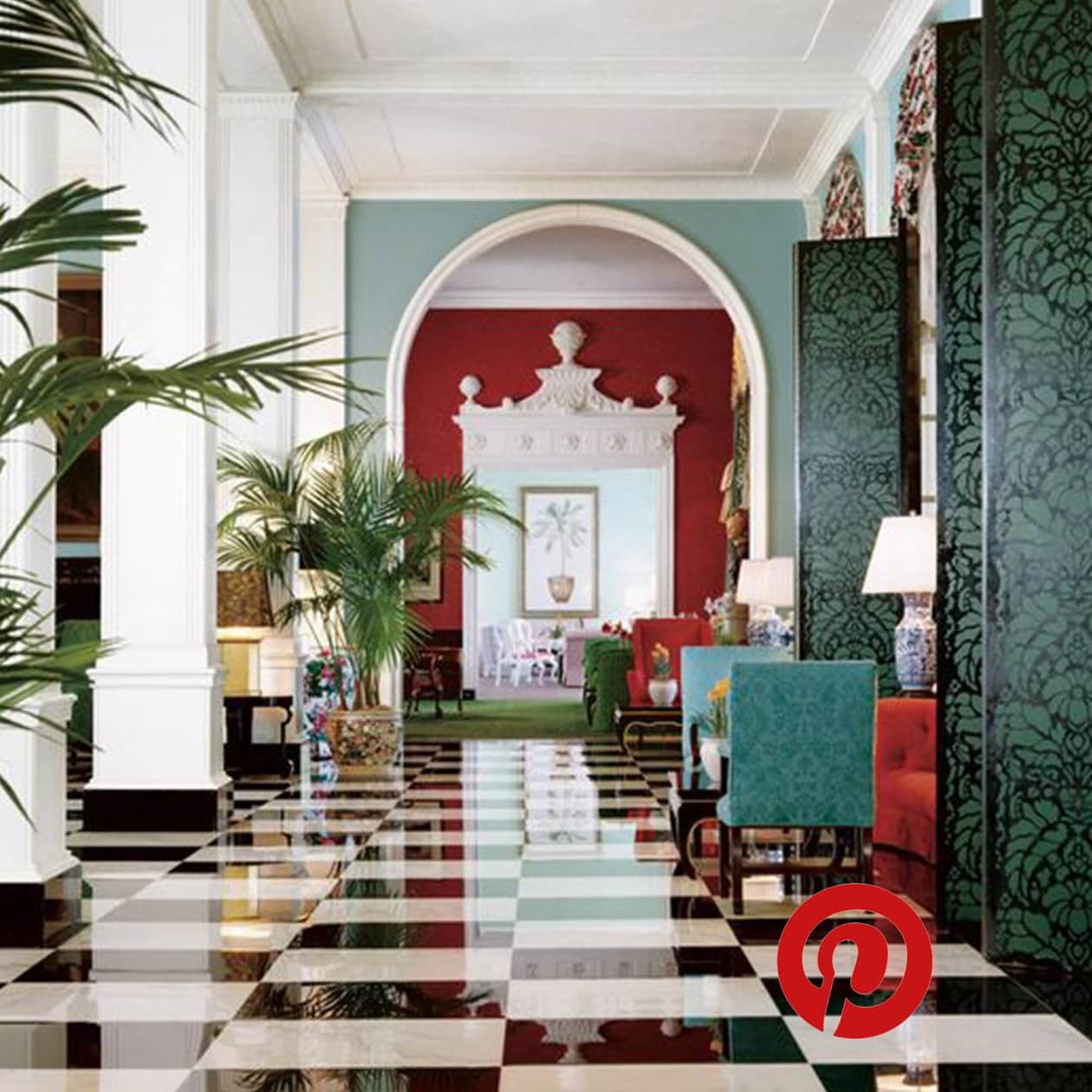 Nowadays, the profession of interior design is becoming more and more popular. However, most people only see this just as a beautiful picture on different social platforms without thinking about the true history behind it. Therefore, in this article, we will reveal the five most iconic interior designers of all time that everyone should know.

An American interior decorator and actress who has lived and studied in Scotland is best known for her relatively exciting but straightforward interiors, which she designed inspired by the 18th-century French style.
By choosing a brighter decorating scheme than was fashionable in Victorian times, Elsie de Wolfe helped transform dark interiors, dominated by heavy draperies and overly ornate furniture, into bright, soft, more feminine ones. She used quite a few mirrors in her interiors, which helped to expand the living spaces. Also, the interiors of Elsie de Wolfe were dominated by brightly painted furniture and wallpaper with different garden motifs, which she mentioned in her book “House of Good Taste,” which was released in 1913.

A French interior designer known for his minimalist interiors, decorated with luxurious but minimal furniture. From 1920 until 1925, Jean-Michel Frank traveled the world meeting different creators, such as Eugenia Errázuriz, who taught him the aesthetics of modern minimalism.
In the 1930s, Jean-Michel Frank worked with students at a Paris studio, now known as the Parsons Paris School of Art and Design, where he created the famous Parsons table. However, a distant cousin of the famous diary artist Anna Frank, around 1940, fled France to avoid Nazi occupation and began working in Argentina.
Jean-Michel Frank had a good taste between design and quality, but he thought that “perfect taste” was a room without a soul.

Born in Tennessee, Albert Hadley became famous for his modern style and sense of balance between different elements that fit together. “Never less, never more,” was his design philosophy.
Albert Hadley, along with Sister Parish, built the American elite home for decades. Some of the most famous projects were the Kennedy White House, as well as the Kennedy family house itself.

Boldly colourful, elegant, fun, and full of life: these are the signs of a “Draper touch.” If you ever feel intimidated in the world of interior design, be sure to read Dorothy Draper’s written book “Decorating is Fun!”, which was released in 1939.
This well-known designer has used her elegant “modern Baroque” style in many public buildings, such as the café at the New York Metropolitan Museum of Art and the Mark Hopkins Hotels in San Francisco. Also, the most famous interior by Dorothy Draper is the Greenbrier Hotel in West Virginia. Some of her rooms have a restrained palette of classic black and white, while others show off a wild blend of Technicolor with the mix between pink and green and turquoise and orange colours.

David Hicks was born in 1929 In Essex, England. After graduating from the Central College of Art, he drew on cereal boxes for the advertising agency J. Walter Thompson when an article appeared in the magazine about his mother’s home in London, where he radically changed the interior and from which David Hicks began his decorating career.
Hicks resisted the overly luxurious and fancy way of decorating that was often used in old English homes. That is why David Hicks became a master at mixing different colours, patterns, furniture, and decor, with the elements that used to overwhelm anyone who thought it couldn’t fit together.